Thank you to everyone who attended our MLA and Data panel in Vancouver. I had a great time at the conference in spite of being ill. I was gladly suprised by the relaxed, friendly atmosphere of the conference. I regretted not being well enough to attend all the panels I had meant to attend; this meant I could not say hi to a number of people I’ve been meaning to meet in person for a number of years now. Such is life: “between the idea/And the reality/Between the motion/And the act/Falls the Shadow.”

I have finished cleaning the data from my #MLA15 archive; some deduplication remains to be done but in the meanwhile I thought I’d share a quick comparison between the number of tweets during conference days last year and this year: 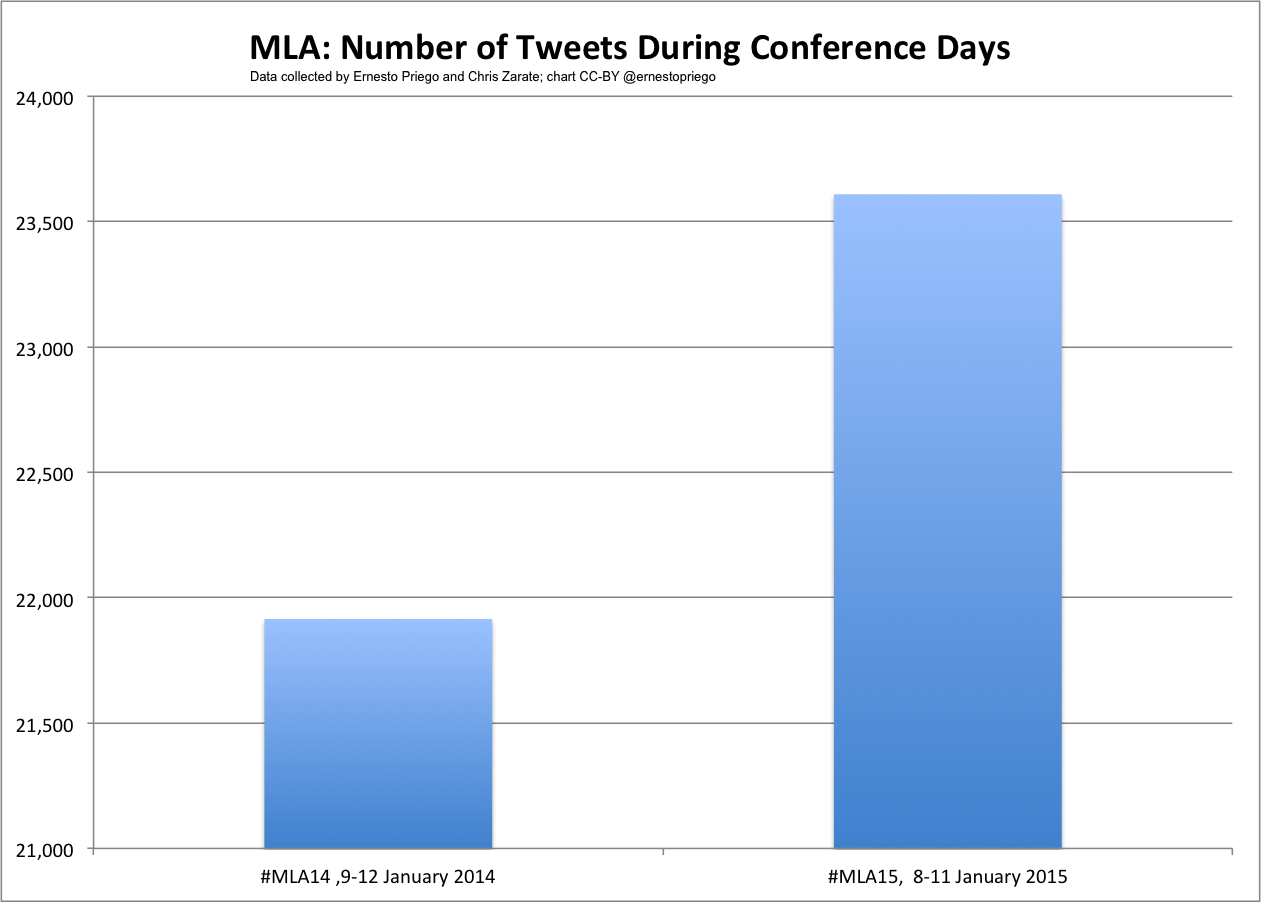 Once again the usual caveat, the map is not the territory, these numbers represent the dataset in question.