[For the first part of this series, click here.

The table below gives totals per day and a grand total for the whole event: 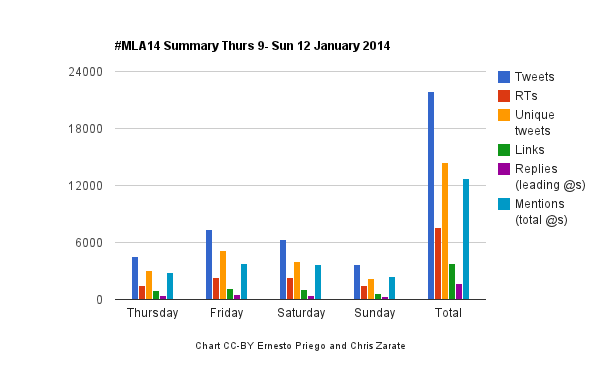 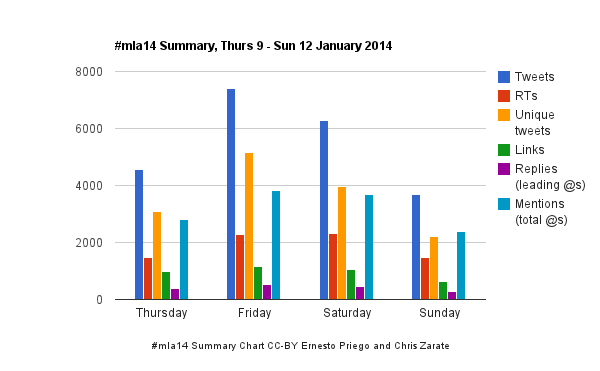 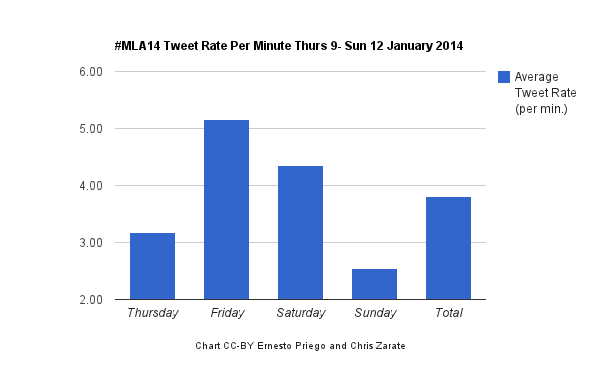 According to our data it was Friday that saw the most activity on Twitter, with 7417 tweets.  There were less tweets at the beginning and end of the convention. According to the program panels finished at 3:00pm on Sunday. This is the day that shows significantly fewer tweets.

For more, watch this space.